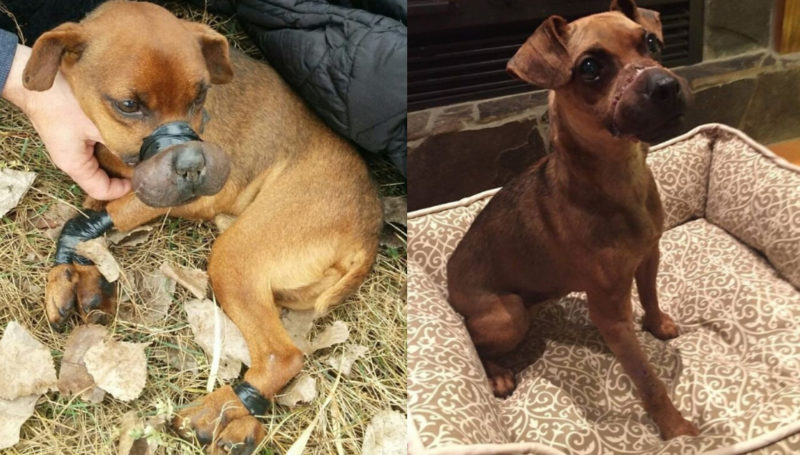 They gave the dog to a certain Michael Hill and gave him $60 as payment for the shelter. Hill decided to keep the
money for himself, and tied up the dog and threw it into the field. 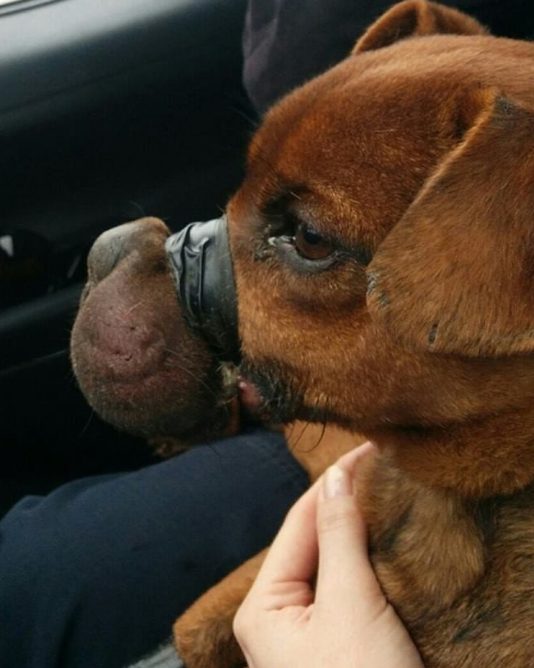 In February 2016, Hill was convicted and received two years in prison.  Hill received three years of probation and a 25-year ban on owning animals or living near animals in addition to the prison term. 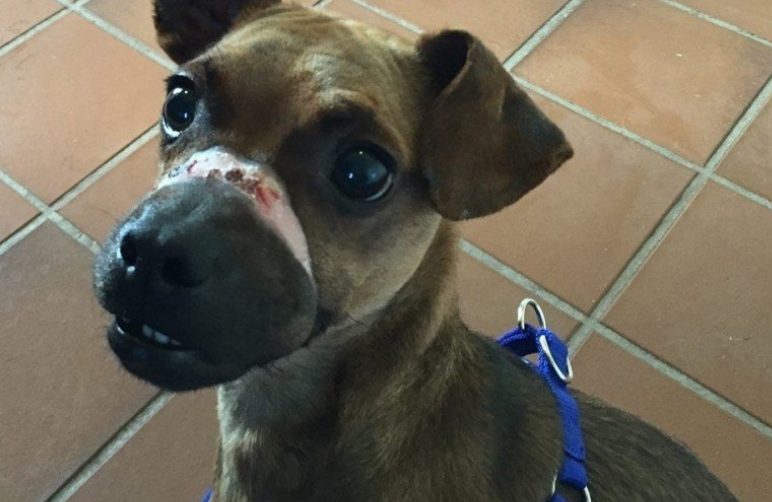 When Justice fell into the hands of veterinarians, her condition was terrible. The dog could hardly breathe, and
the adhesive tape left a deep and long-lasting scar on its muzzle. She also had difficulty walking.
Now her condition has returned to normal, but a noticeable white scar will forever remain on her face. In June 2016, Justice found new owners. 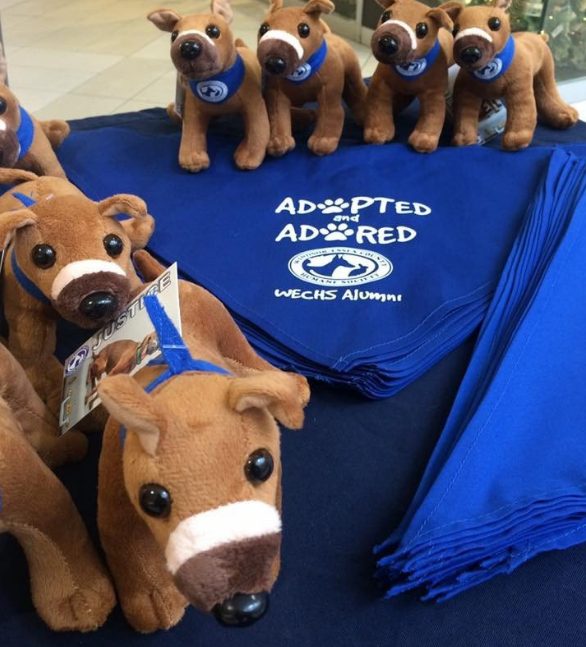 And recently, the Windsor / Essex County Human Society, as a charity event, released a series of soft plush toy dogs with the appearance of Justice and the same white scar on the muzzle.
Each toy costs $30, and all proceeds will go to the Fund for the Protection of Animals from Cruelty.

Interesting News 0 21
The wedding dress designer spent the New Year in a swimsuit by the pool.

The pregnant woman insisted that her unborn son was a miracle. Doctors didn’t believe her until she gave birth
Joe Powell and her husband Richard have been trying to conceive for years, but
59

The model was doused with acid, but what she became shocked the haters
The 21-year-old student Resham Khan has always been stared at by men. Therefore, in
35

10 years ago, a big wave carried away his daughter. But one day a man noticed a familiar look, passing by.
More than 12 years have passed since that terrible day, when a huge tsunami
60

To communicate with an autistic son, a single father became his superhero
27-year-old Briton Dave Grounds and his 8-year-old son Reese are true friends and a
10